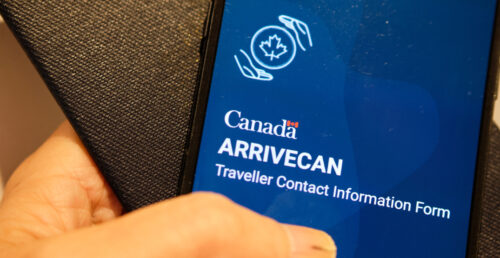 Controversial Canadian app ArriveCAN made headlines when its hefty price tag was made public earlier this year.

Tech industry experts were shocked to learn that Ottawa had earmarked $54 million to build the app over more than two years. The projected period ends in March 2023.

Earlier this month, a group of Toronto-based programmers recreated the ArriveCAN app for a fraction of the cost to make the jaw-dropping contrast even more evident.

Lazer Technologies co-founder Zain Manji revealed on Twitter that his team member was able to clone the app in just two days. The team at digital innovation company TribalScale also took much, much less time and money to do the same.

Manji explained that while creating the app is undoubtedly a multi-faceted challenge, $54 million is “a bit too much”.

Creating an app for all of Canada is not an easy task, especially for the Canadian government

There are so many challenges associated with it, especially behind the scenes, but $54 million is a bit much

Dan from Lazer built an ArriveCAN clone in less than 2 days https://t.co/DCYVmchV73 pic.twitter.com/IWJiSHflR8

The ArriveCAN app has been downloaded over 18 million times and has helped over 60 million travelers speed up their border crossing process.

In an email Monday to Daily Hive, the Canada Border Services Agency (CBSA) revealed why the ArriveCAN app, which has been around for more than two years, cost tens of millions.

The CBSA shared a breakdown of funds needed to “develop, operate and maintain the app,” which received 70 updates and upgrades as COVID measures fluctuated.

“The $54 million we expect to have spent by March 31, 2023 was not just budgeted and spent on building and launching the app itself, which cost $80,000 to launch in April 2020,” wrote a CBSA representative. They added that the money was also spent to run a call center which helped travelers during the pandemic and answered more than 645,000 calls.

Here are the cost details as of April 2020, including the expected budget to be spent by March 2023:

The federal government spent $80,000 creating the first versions of the ArriveCAN app for Android and iOS, followed by $8.8 million for more than 70 versions of the app and website over the past two years.

Between November 2020 and October 2022, Service Canada call center staff responded to over 645,000 calls regarding COVID-related health measures from travelers on behalf of the CBSA and the Agency of Public Health Canada (PHAC).

CBSA and PHAC used this amount to collect, report and monitor COVID border measures and results.

These costs include employee benefits, accommodation and payments to other government departments.

Authentication of proof of vaccination — $4.6 million

This amount was spent to verify and authenticate travellers’ proof of vaccination. Documents varied by province, territory and other countries.

Approximately $4.6 million was spent on cloud hosting services alone, and an additional $4.5 million was invested in maintaining other IT systems needed to support border health measures with real-time links to major border administration systems.

Technical support was provided not only to travelers but also to airlines and airports.

The app has been tested to meet Canadian government standards for cybersecurity.

This amount was spent to ensure that both the ArriveCAN app and website were accessible to users with disabilities.

This amount has been budgeted to address the possibility of major uncertainties arising during ArriveCAN’s operations.

Currently, the ArriveCAN app is optional to use, but can help reduce time spent on declarations, customs and immigration.

In its short life, the app has garnered federal lawsuits, encountered glitch-based errors, and even prompted the intervention of US politicians.