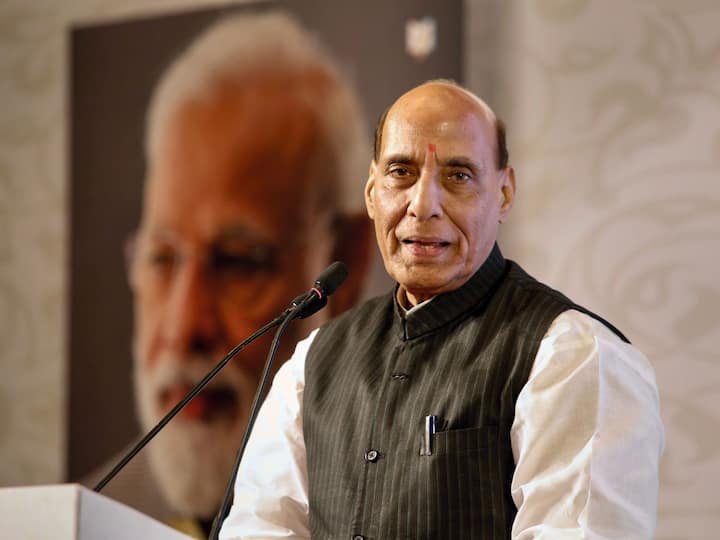 Defense Minister Rajnath Singh said on Thursday that the culture of venture capital funding for start-ups in India has grown. Singh speaking at the ‘Invest for Defence’ seminar in Gandhinagar, Gujarat, said, “This is crucial and important. The success of the start-up based innovation ecosystem can be seen by the number of unicorns that have exceeded 100.” The ANI news agency tweeted the minister’s comments.

Gujarat | Culture of venture capital financing for start-ups developed in the country. It is crucial & important. The success of the startup-based innovation ecosystem can be seen from the number of unicorns that have surpassed 100:Defense min Rajnath Singh at Invest For Defence, Gandhinagar pic.twitter.com/EbRjs1lKs5

The central government is striving to achieve a turnover of $22 billion by 2025 in defense production, Singh said. “By 2025, the government plans to increase defense production from $12 billion to $22 billion, according to a PTI report. The possibility of this figure exceeding $22 billion cannot be ruled out. You can just imagine the opportunities that will be available to the industry, with this type of growth,” he said.

Between 2019 and 2021, Singh had cited $26 billion as his defense production target for 2025. He also called on private actors to come forward and invest in India’s defense industry, saying it stood at an important moment.

Not only large companies, but also start-ups and MSMEs (micro small and medium enterprises) are now associated with the defense sector. This is the golden period for the defense sector, he said. “The Indian defense industry is the flagship sector of the future,” the minister said.

On Wednesday, Singh, on the sidelines of Defense Expo 2022, said India looked forward to continued engagement in the Indian Ocean Region (IOR) to ensure the region takes its rightful place as engine of the global economy. He said India was determined to assume a responsible role and continue to work for the regional and global security of the IOR.

Representatives from approximately 44 countries participated in the IOR meeting.

He said India was ready to work with all stakeholders to secure a rules-based maritime boundary for the benefit of all in the region. He also said that interdependence instead of dominance is the only way to maintain the stability of this important trade and energy waterway.

Singh called on the IOR countries to make a collective effort to deal with current and emerging threats to ensure stability in the region.

The minister said India looks forward to working with government, business and academic representatives of partner countries to promote cooperation and closer interaction among nations seeking peace and stability in the region.