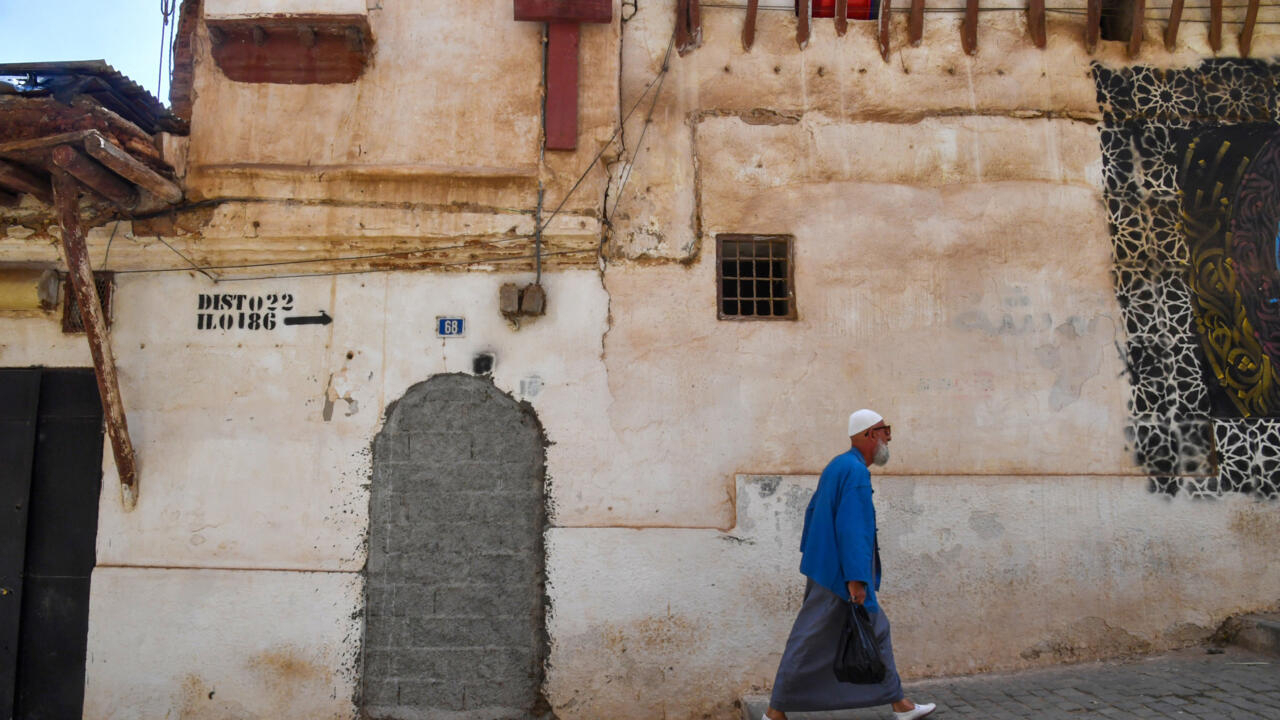 Algiers (AFP) – A UNESCO World Heritage-listed maze of 16th-century Ottoman ramparts and palaces, the Algerian capital’s Kasbah is falling to ruins, but efforts to save it have accelerated.

The densely populated neighborhood, about a kilometer (just under a mile) in diameter, perches above the Bay of Algiers and has been the site of key moments in the African country’s history North.

Some buildings weakened by earthquakes, floods or fires are still supported by scaffolding, but a plan launched in 2012 seeks to rehabilitate the area.

Restoration work on the Casbah began just after Algeria gained independence from France in 1962.

It was about six years after a battle between French colonial forces and urban guerrillas of the National Liberation Front (FLN), later immortalized in Gillo Pontecorvo’s 1966 film ‘The Battle of Algiers’, shot on location in the Kasbah.

Efforts to restore the buildings involved “several plans and several stakeholders”, said Aissa Mesri of Archimed, a firm working on the studies of the Casbah and the monitoring of the work.

“Restoration operations have been launched and then stopped for financial, technical or legal reasons related to the property,” he added, lamenting the absence of a “clear vision” for a “Casbah project”.

The project aims to restore the Casbah to its “authentic face”, to protect it over the long term and to keep at least some of its inhabitants in their homes.

Heroine of the Battle of Algiers

The state-run project has already restored a number of important buildings, including part of the Citadel, which includes the Dey’s Palace, the Mosque and the Ammunition Store, partially open to visitors since November 2020.

The mosque was decorated with earthenware, marble and Arabic serigraphy.

A group of four houses that once served as a refuge for key figures in the War of Independence, including activist Djamila Bouhired, heroine of the Battle of Algiers, have been renovated.

The Ketchaoua Mosque, closed since 2008 after being badly damaged by a powerful earthquake five years earlier, has also been restored.

The Ottoman-era mosque was reopened in April 2018 after 37 months of work, fully funded by the Turkish government.

Before the start of the restoration plan, the Algerian authorities had launched emergency works to “consolidate the buildings which were in danger of collapsing”, explained Mehdi Ali Pasha, head of an architectural firm specializing in heritage works. .

“The shoring of more than 300 buildings was carried out in 2008 and 2013”, added the architect, whose agency carried out studies on the restoration.

“Residents are a problem”

Restoration work on the many small traditional houses in the Casbah is sometimes hampered by local residents who refuse to allow access to architects or work teams.

“The inhabitants remain a problem. There are a few small old houses which have been emptied and walled up by the town hall.

“There, there is no problem, we can work.

“When the houses are inhabited, the study is done as best as possible with access difficulties”, laments Ali Pasha.

At the end of 2018, the rehabilitation of the Casbah was at the heart of a controversy, both in France and in Algeria, after the Algerian authorities decided to entrust a development plan to the French architect Jean Nouvel.

Some 400 people, mainly architects, urban planners and academics, called on Nouvel to withdraw from the project.

The petitioners feared that a French architect could propose transformations of a major site of the Battle of Algiers.

The business was eventually abandoned.

“The objective is to revive the Kasbah and to enhance it,” said Ali Pasha.