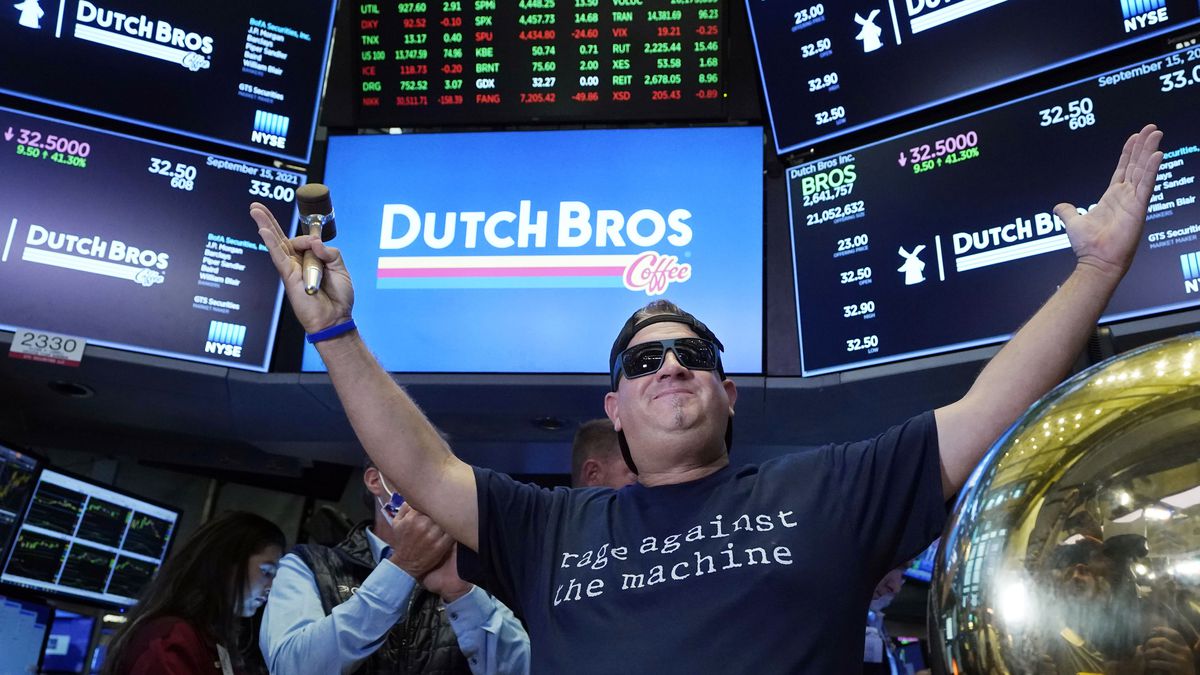 Supporters of a southern Oregon gaming and entertainment site filed a lawsuit against the Oregon Racing Commission on Tuesday over what it claims to be licensing delays for the machines to slot.

The petition, filed with the Josephine County Circuit Court, suggests the delays may be due to tribal concerns about the gambling operation.

TMB Racing, which is supported by the co-founder and CEO of Dutch Bros. Coffee, Travis Boersma, says licenses were delayed for months despite staff recommendation for approval.

Boersma wants to install 225 â€œHistorical Horse Racingâ€ terminals in the Grants Pass facility called The Flying Lark. HHR terminals are like slot machines that allow participants to bet on old horse races. The new entertainment venue boasts of creating over 150 jobs and is located on Grants Pass Downs racetrack, which is also owned and operated by Boersma.

Oregon Racing Commission delay “may be the result of waiting for the Oregon Department of Justice to give its opinion on a handful of legal claims that some Oregon tribes have made about HHR betting, â€the petition says.

A spokeswoman for the Oregon Department of Justice said the agency had received the lawsuit and was reviewing it. Oregon Racing Commission officials did not return a request for comment.

Boersma claims in his petition that HHR machines allow players to bet against each other, rather than an operator, like in a casino. It also highlights the use of 150 HHR terminals at Portland Meadows between 2015 and 2019, when the racetrack closed. The petition states that the Oregon Racing Commission supervised these terminals without issue.

“During all this time, after being informed and persuaded, the DOJ has not taken any action or made any adverse public statement regarding the legality of the Portland Meadows HHR Terminals,” Boersma’s petition states.

The Oregon tribes that operate casinos claim that since then HHR terminal technology has advanced and that the large number of machines offered in Grants Pass would effectively create a new private casino.

In 2010, voters in Oregon upheld the ban on private casinos. State law also requires that agencies “make a reasonable effort to cooperate with tribes in the development and implementation of public agency programs that affect the tribes.”

In October, leaders of six of the nine federally recognized tribes of Oregon wrote to Governor Kate Brown expressing concerns about the HHR terminals and The Flying Lark project.

â€œWe are at a critical time when the state is about to approve the biggest expansion in state-regulated gaming in decades without public or legislative input,â€ the tribal leaders wrote. â€œIf something is not done, HRH will arrive in Oregon without any serious discussion of their impacts on the state, the tribes and the citizens of both. “

Brown thanked the tribal leaders in a response, but also noted that it would be inappropriate for her to intervene on a specific project.

Weeks later, the governor also wrote to the officers of the Oregon Racing Commission.

“While it is not my role as governor to influence agency licensing decisions, I nonetheless expect that, as part of its regulatory licensing function, the Commission Oregon Racing meets its legal obligation to meaningfully consult with tribal governments, â€Brown said. declared. “This obligation includes consultation before any material change in gaming activity that could affect the Tribes.”

Additionally, in October, Secretary of State Shemia Fagan announced an audit of the Oregon Racing Commission that is currently underway. The audit was carried out at the request of the tribes who asked Fagan’s office to determine whether the racing commission “has the appropriate regulatory framework, statutory authority, security checks and staff expertise.” .

Boersma’s legal petition states that in the fall of 2020, TMB contacted several tribes “regarding their vision of collaborating with the tribe on gaming initiatives” at the Flying Lark. And in 2021, some tribal representatives visited the place which is still under construction.

â€œThroughout the process, I made it a priority to meet and work with tribal leaders in Oregon,â€ Boersma said in a statement. â€œI hope the tribal leaders will come back to the table once again to identify ways we can work together. Until then, our team has made it clear that we will continue to work to create jobs and support the economy while complying with all laws and guidelines. “

The tribes have called on lawmakers in Oregon to temporarily halt any state or private gambling expansion until there is more scrutiny of the role and future of gambling in the state.