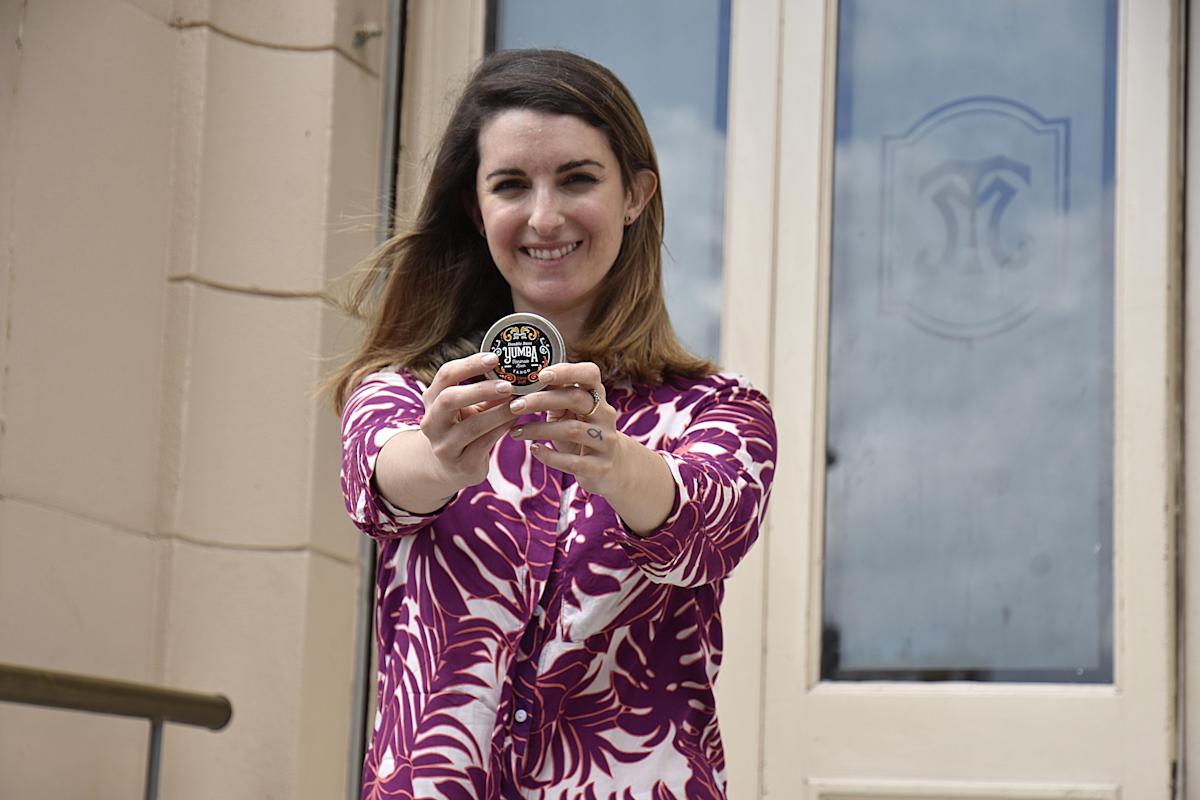 An entrepreneur from BahÃ­a Blanca created a resin for musical instruments and, with the help and advice of the national state through the Ministry of Productive Development and the Argentine Agency for Foreign Investment and Trade from the Ministry of Foreign Affairs, it now exports its products to different parts of the world. .

This is Guillermina Esmoris, 34, creator of the brand â€œYumbaâ€ which started to take shape in 2016 when her double bass teacher at the BahÃ­a Blanca Conservatory of Music told her that she needed to use resin to improve the sound of the instrument.

“I first studied lyrics until the fourth grade, I decided to change and I started studying music at the Conservatory with the double bass and that’s where it all started,” said Esmoris to Telam.

The woman, who is currently studying social sciences at the University of Quilmes, recounts her first steps: â€œI had to learn everything, like fixed and variable cost calculations, sales projections and business plans. “ For this reason, Esmoris said that in 2017 in BahÃ­a Blanca he had the support of the Entrepreneurs Club: â€œIt helped me a lot and gave me the technical support and the knowledge that I needed to plan my business.

“Then I go home, I start to investigate, I wanted to see if there was an Argentinian resin to buy and there was none because they were all imported and of high cost”, he added. .

Esmoris said that “the resin is used for the violin, viola, double bass and cello, so that there can be sound because otherwise the strings slip and generate friction between them so that the sound is projected” .

â€œUntil recently, musicians used imported resin because there was no domestic production,â€ he said, indicating that â€œI started trying a can of tomatoes in my kitchen because there were no formulas or information so I had to experiment with zero “.

“After a lot of work and being satisfied, I decided to launch Yumba on the market, which is because of the maestro Osvaldo Pugliese and because it is the hit of the 40s, the golden tango and the blossoming of the national industry, so I wanted all of this to converge and I was very interested in appearing with this brand, â€he reconstituted.

And he added: â€œThe first investment was made by my mother and with that I was able to start and achieve a finished product, but later I saw that there was a demand in the country and I started dreaming of exporting, so I applied to the Seed Fund, which has been under the Ministry of Productive Development since 2010, â€he commented. It is then that with these funds the entrepreneur buys the molds, creates the website and the catalogs to produce on a large scale.

“This is the resin that comes from the pine tree where an industrial process is carried out, the solid is separated from the liquid and in the case of the solid it remains like a stone, which is called rosin and this is what I use for mix it with beeswax and other ingredients, “he said. As stated, the pines originate from the province of Corrientes in” an area surrounded by rivers which for me makes the raw material is very special “, and the first product” came out on the market at the end of 2017 with the business plan “.

“Then I started dreaming because I wanted to go to Japan because they enjoy the tango and I started another way,” he said, indicating that he had contacted the Argentine Agency for investment and international trade, where they told him “that he needed a tariff heading so that the product was exported”.

As he later noted, â€œWith the tool of the Ministry of Productive Development Exporta Simple, I was able to carry out my first export in 2018 to Barcelona, â€‹â€‹Spain, with 250 products since my clients are music houses or distributors. Exporta Simple has just been relaunched by the Ministry of Productive Development which is very important to us â€, He also said thanking the Bank of the Province of Buenos Aires for “that it helped me at the first moment with advice, that it has very low commissions”.

“Thanks to the contribution of the national state, I was able to export because otherwise I could not do so in any way,” said Esmoris. Currently, the entrepreneur from Bahia exports his products to more than 20 countries such as the United States, Taiwan, Canada, Norway, Austria and even Australia, among other destinations.

Source of the article

Disclaimer: This article is generated from the feed and not edited by our team.