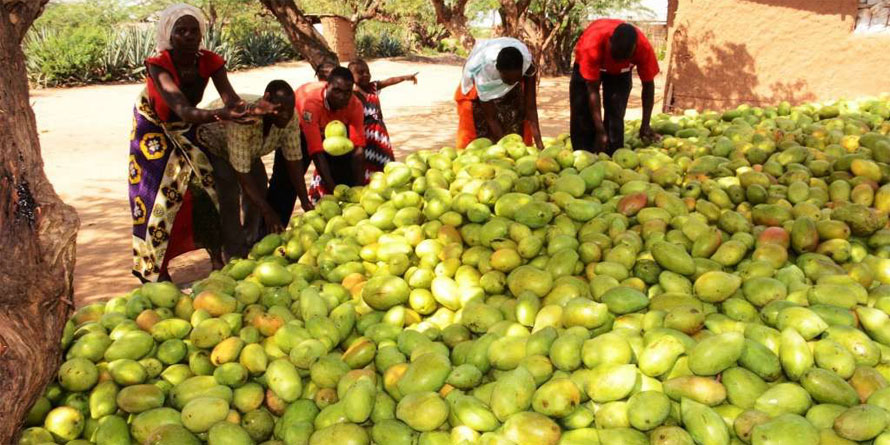 In 2011, Mutheu Kithuma’s life took a turn for the worse when she was forced to shut down her travel agency when the number of foreign visitors declined dramatically following threats of insecurity posed by the terrorist group Al-Shabaab.

Kenya saw an increase in the number of terrorist attacks between 2011 and 2014, forcing Western countries to issue travel advisories. This has pushed many companies in the hospitality industry down a rocky road.

For Ms. Kithuma, however, closing the business would open another door for her that would bring her good fortune.

“When the terrorist attacks escalated in the country, the tourism sector was hit hard and the number of visitors coming to the country dropped dramatically. I had no choice but to shut down my travel agency, ”explains Ms. Kithuma.

In 2013 she entered farming and although she suffered a number of setbacks initially, she has now achieved great success and is one of the largest mango exporters in the country.

Why did she decide to start farming? One of the roles that her tour took on was to organize benchmarking trips to different countries, where she had the opportunity to learn about agriculture. She also realized that farming is a profitable business and as a result, when things went wrong in the hospitality industry, she easily switched to farming.

Today, Kibwezi Agro Limited, which she co-founded, exports mangoes to countries in the Middle East. She also buys mangoes from farmers in the region for export.

She planted 10,000 mango trees on her 180-acre farm, making her one of the largest orchards in the country, with 46 permanent employees. It plans to expand it to more than 20,000 trees in the near future.

Farming, however, was not a walk in the park as there were a lot of false starts. Despite a series of challenges, Ms. Kithuma has not given up on the business.

In 2012, she tried her hand at growing watermelon on five acres of land. Yields were initially good and she decided to double the acreage to 10 acres the following season. But things did not turn out as she expected as the harvest failed after the expansion.

“They didn’t bloom and, in essence, that meant they couldn’t produce. But I never gave up farming, ”she says.

The challenges of teething are a thing of the past. Her business has grown considerably and she is now making a name for herself in the export business. For now, Ms. Kithuma is eyeing the lucrative European market where Kenya is expected to resume exports from September.

She says the European market will be a major boost for her and other farmers given that Europe’s income is 20% more than it currently receives from Dubai, Saudi Arabia, the Qatar and other countries in the Middle East.

Kenya exported mangoes to the Middle East after the country’s self-imposed ban to avoid interceptions from European countries, but incomes have been low compared to what farmers would earn from EU states .

The decision to resume exports to the EU was made possible by the creation of pest-free zones which will see all mangoes in those zones become fruit fly-free.

The Directorate of Horticulture says the country is ready to resume exports due to the suppression of fruit flies.

Wilfred Yako, deputy director of regulation and compliance at the branch, says Kenya is now on the verge of re-entering the EU market following the initiatives that have been put in place.

“Since 2020 to date, it has been established that infestation levels have significantly decreased and this gives assurance that farmers will now have access to the EU market,” Yako said.

Ms. Kithuma notes that the Kibwezi region is not heavily infested with flies due to the varied seasons in the region.

“Normally the mango season here starts in September, which is different from other areas in Makueni County. This helps reduce the prevalence of fruit flies, ”she says.

Other parts of Makueni harvest their crops from December to March.

Kibwezi Agro Limited also plans to start adding value to its mangoes for the local and international market.