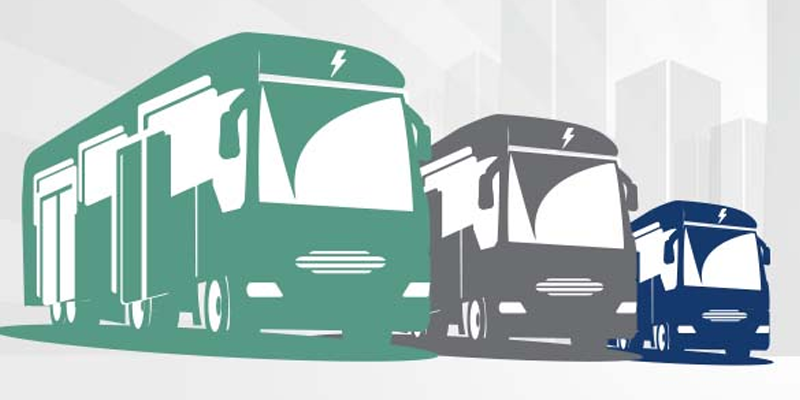 Convergence Energy Services (CESL), a subsidiary of state-owned Energy Efficiency Services (EESL), is seeking to acquire more than 5,000 electric buses in India. The energy transition agency has launched the call for tenders as part of the Grand Challenge Scheme and is targeting five major cities.

Specifically, CESL wants to purchase 5,450 electric solo buses and 130 double-decker electric buses and deploy the vehicles in Delhi, Kolkata, Surat, Bengaluru and Hyderabad. The first vehicles are due to arrive in July this year. On Twitter, CESL added that the initiative would expand to nine cities without giving a timeline.

According to official statements, the tender aims to homogenize and aggregate demand to facilitate supply in cities, essentially standardizing the process. Mahua Acharya, Managing Director and CEO of CESL, explained, “The real meaning of aggregation between cities under an OPEX model is actually homogenization.

Concretely, the Twitter messages further specify that CESL would offer five transport operators the buses under #TheGrandChallenge as a service, where they will pay an amount per kilometer for twelve years without making an upfront payment. The volume of tenders should be between 35 and 55 billion rupees (between 410 million euros and 650 million euros).

“This is the largest program ever in the world – and it’s based on an innovative, lightweight model that allows STUs to deploy affordably and at scale,” she added.

The so-called State Transport Enterprises (STU) are bus companies or networks owned by municipal governments and are responsible for providing public road transport in India. Their association, the ASTU, estimates that their buses carry around 70 million people a day.

However, these STUs were not purchasing electric buses due to underfunding. Instead, the buses were financed either by the bus manufacturers or by the financial institutions, hence CESL.

The new tender and Grand Challenge Scheme should now help STUs move “towards a gross cost contract model, in which they purchase services based on the terms and conditions set out in the tender document. offers. Based on this, the price is uncovered in the market,” Acharya said.

The model is not entirely new to Convergence, a subsidiary of state-owned subsidiary Energy Efficiency Services Limited, and itself a joint venture of public sector companies under the Government of India’s Department of Energy.

EESL recently closed a tender for 150,000 electric three-wheelers, priced 18-20% below retail price. The tender was launched in August last year, as mentioned.

For the challenge ahead, CESL leader Acharya in previous interviews summed up CESL’s mission as follows: “We intend to be a catalytic financier for electric vehicles”.