Newcastle-based company to help Marks and Spencer launch its first clothing rental service after receiving an investment from the retail giant.

Hirestreet, which is run by former Startup of the Year Isabella West, has secured investment from Marks and Spencer’s Founders Factory, which invests in start-ups and emerging businesses, particularly in the technology.

In what Hirestreet Founder and CEO Isabella West describes as a “massive” deal for her business and the clothing rental industry, M&S will use Hirestreet’s Zoa technology to test clothing rentals for customers who want to both spend less on clothes and reduce waste.

Hirestreet was established in Newcastle almost four years ago and has taken a stand against the ‘fast fashion’ trend which sees customers buy clothes and barely wear them before moving on to new items.

Ms. West said, â€œAt Zoa, our mission is to transform the future of fashion. M&S is one of the largest clothing retailers in the UK, renowned for its quality, well-made clothing. Its move to rental is an extremely positive step forward for the fashion industry.

â€œTrue sustainability does not exist without accessibility. Rental fashion is more than temporary access to designer items, it is offering consumers alternatives to traditional consumption and making the most of the resources at our disposal. I am delighted to have M&S and Founders Factory on board as we power the sharing economy of the future.

She added, â€œIt’s huge for us, but it’s also huge for the rental industry.

â€œWhat we saw was the power of FOMO (the fear of missing out). Since this was announced, the number of inbound inquiries we have received from retailers looking to do business has been huge.

â€œIt took someone like M&S, who likes to disrupt and innovate, to take the lead. Everyone wants to follow them now.

Hirestreet customers reserve their outfits in advance and rent them for four to 16 days before they are returned via Royal Mail to Hirestreet’s warehouse in Glasgow.

The company – which recently moved to the Haylofts shopping space in Newcastle city center – already works with French Connection and Whistles and employs over 20 people across the UK.

The partnership with Marks and Spencer launched ahead of the Christmas holiday season and will feature 40 pieces of women’s clothing from its Autograph line, as well as dresses from its popular M&S X Ghost collaboration.

Items that would sell at Marks and Spencer for prices between Â£ 69 and Â£ 299 will be available for hire on Hirestreet from just Â£ 13 for four days.

Katie Bickerstaffe, COO of M&S, said: â€œClothing rental is a growing market and working with Hirestreet through our Founders Factory joint venture gives us a huge opportunity to learn from the leading startup in this field. , to operate in an agile manner and to better understand. what our customers expect from rental services.

â€œAs we develop M&S clothing, we want to be more relevant more often and we know that customers are increasingly interested in the fashion circular economy. Our partnership with Hirestreet means we put M&S â€‹â€‹clothing in front of new customers and our first rental edition not only showcases the style we offer, it also highlights the value and quality of clothing that is built to last.

The partnership comes against a backdrop of growing awareness of sustainability in the fashion industry, which was raised as a major concern in the M&S Family Matters Index report.

You can join the BusinessLive Northeast conversation on LinkedIn and Twitter 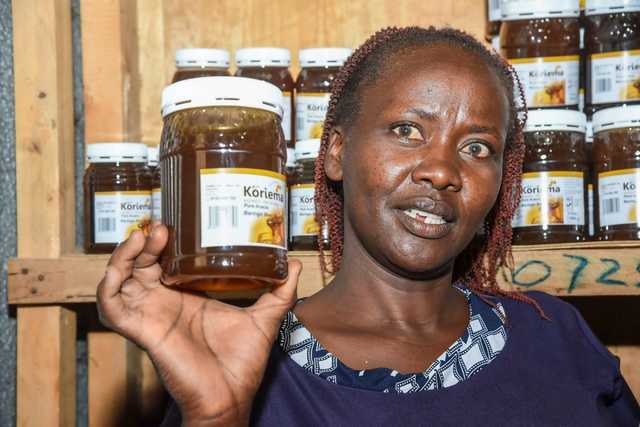