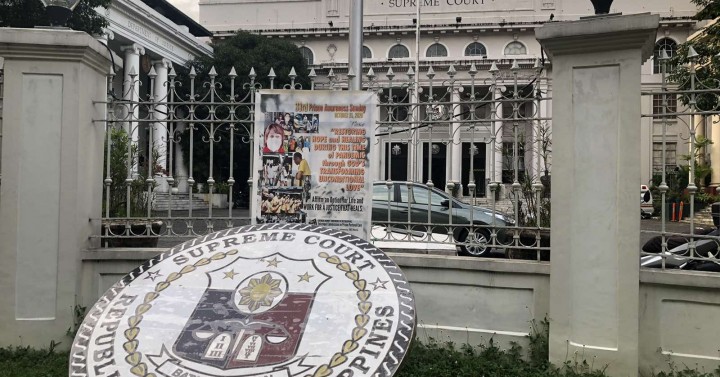 MANILA – The Supreme Court (SC) overturned the foreclosure proceedings on the mortgaged properties of two sister companies after the bank from which it had obtained loans failed to keep its promise of a line of credit for its need in working capital.

In a resolution posted to SC’s website on November 11, the Third Division of the High Court granted the petition against the Union Bank of the Philippines (UBP) and restored a 2012 branch 62 ruling. of the Makati City Regional Court of First Instance (RTC).

The SC declared null and void the foreclosure proceedings and the sheriff’s sale initiated by the bank of the mortgaged properties of sister companies Richardson Steel Corp. (RSC), Ayala Integrated Steel Manufacturing Co. Inc. (AISMC) and East Development Corp. and its principal shareholders, the spouses Ricardo and Eleanor S. Cheng.

The High Court also declared that all interest assessed by the bank on businesses from December 3, 1999 until today in connection with the non-release of available credit covered by the Line of Credit Provisions (CLA ) are declared null and void and such interest on corporate bonds does not accrue and begin until the release of working capital.

Some PHP 5.3 million in damages and attorney fees were also awarded by the High Court.

In 1996, UBP proposed a special financing arrangement to finance the business enterprise of sister companies for the operation of a “continuous galvanizing line”.

The UBP proposal was for a loan of PHP 240 million to finance the construction of a new factory and the purchase of machinery and PHP 600 million working capital to support operations.

The petitioners stated that although the PHP 240 million hosting loan has been released, the pledged PHP 600 million working capital has not been released by the bank.

In December 2000, with growing debts and without the ability to pay due to the failure to operate his new business, the petitioners negotiated the restructuring of his loan and requested an additional PHP 150 million line of credit. for RSC and PHP 30 million for AISMC.

The companies then requested the provision of the agreed PHP 600 million line of credit to increase their working capital but UBP refused and instead the bank unilaterally and without the borrower’s consent applied the proceeds from the line of credit to payment of monthly interest on restructured loans prompting companies to sue in 2001.

While the proceedings were ongoing, UBP filed a petition in 2003 for the seizure of the mortgaged real estate offered by the company to secure the loans.

â€œAs the petitioners failed to manage the proceeds of the line of credit to fund all of their operations, they were unduly deprived of the opportunity to earn profits that could have been used to increase their working capital and pay current debts, including current interest payable on restructured loans, â€the SC said. (ANP)