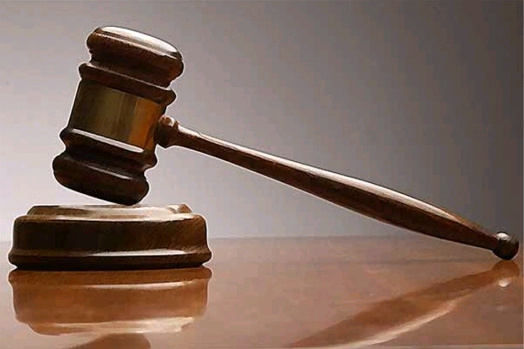 The Department of Attorneys General has initiated processes to recover state funds in the venture capital case currently before the High Court.

A High Court and an auction company are set to auction two estates of Daniel Duku, former managing director of the Venture Capital Trust Fund.

To this end, an advertisement for the auction of the two Duku Estates (5 and 6 Bedroom Residential Property) at Adjiringanor in Accra was published in the Graphic Showbiz newspaper.

The auction is slated for Jan. 4 of next year (2022), an advertisement for the auction said on Graphic Showbiz.

The auction is to be carried out in accordance with the orders of the High Court (Land Division) and under the supervision of the Registrar of the Court.

The state sells the Duku estate to pay off its debt.

Daniel Duku, former managing director of the Venture Capital Trust Fund (VCTF), and three others were ordered to pay a restitution of around GHS 18.5 million to the state.

They haven’t done it yet, a year and two months after a court ruling.

Checks carried out at the VCTF by the Ghanaian news agency indicated that Duku paid GHS 1 million out of the GHS 15 million.
Irene Anti Mensah, an accomplice and former executive assistant to Duku, paid GHS 1,430,000 out of GHS 1.5 million, leaving a balance of GHS 70,000.
Frank Aboagye Mensah, also an accomplice, and husband of Irene Anti Mensah, paid 430,000 GHS, leaving a balance of 765,000 GHS.

Duku, Irene, Frank and Lassey, had pleaded guilty to various charges, including causing financial loss to the Republic, before a High Court in Accra in July 2020.

The court chaired by Judge Anthony Oppong, a judge of the Court of Appeal, ordered them to pay restitution of around GHS 18.5 million to the state, following an agreement they had with the Attorney General (AG) under section 35 of the Courts Act. , 1993 (459).

In accordance with the agreement, the court fined Duku GHS 500,000 and further ordered the seizure of his assets, which he acquired during his tenure as CEO of VCTF.
The court also fined Irene and Frank 100,000 GHS each.

The four had seven days to pay certain percentages of the amounts and after three months of sentencing, pay the rest.

Under section 35 of the Court Act 1993 (459), the Court is obliged to impose a custodial sentence on convicts who are unable to pay restitution within a specified time.

In April 2020, the state indicted Duku and five others for causing the state a financial loss of more than GHC 42.8 million in the VCTF scandal.
Four of the six defendants pleaded guilty.

On December 1 this year, a High Court in Accra called on lawyers for the state to formally file a request to invoke Section 35 of the Court Act regarding three people accused in the Venture Capital scandal. Trust Fund (VCTF).

Accused: Irene Anti Mensah, Frank Aboagye Mensah and Richard Lassey were to pay restitution of around GHS 18.5 million to the state.

At the High Court on December 1 of this year, Ms Frances Mollen Ansah, State Attorney General, informed the Court that she wished to fall under Article 35 of the Court’s action in respect of three people.

The court, however, asked the state to make a formal request and the same should be served on the accused so that he can respond.

Two people, Kofi Sarpong, former head of investments, VCTF, and Charity Opoku, aka Charity Ameyaw, accountant, VCTF, have pleaded not guilty and are currently on trial in a High Court in Accra.

Kofi Sarpong, former head of investments, VCTF, and Charity Opoku, aka Charity Ameyaw, accountant, VCTF, have pleaded not guilty and are on trial in a High Court in Accra.
Mr. Yaw Owusu Brempong, the current Managing Director is under