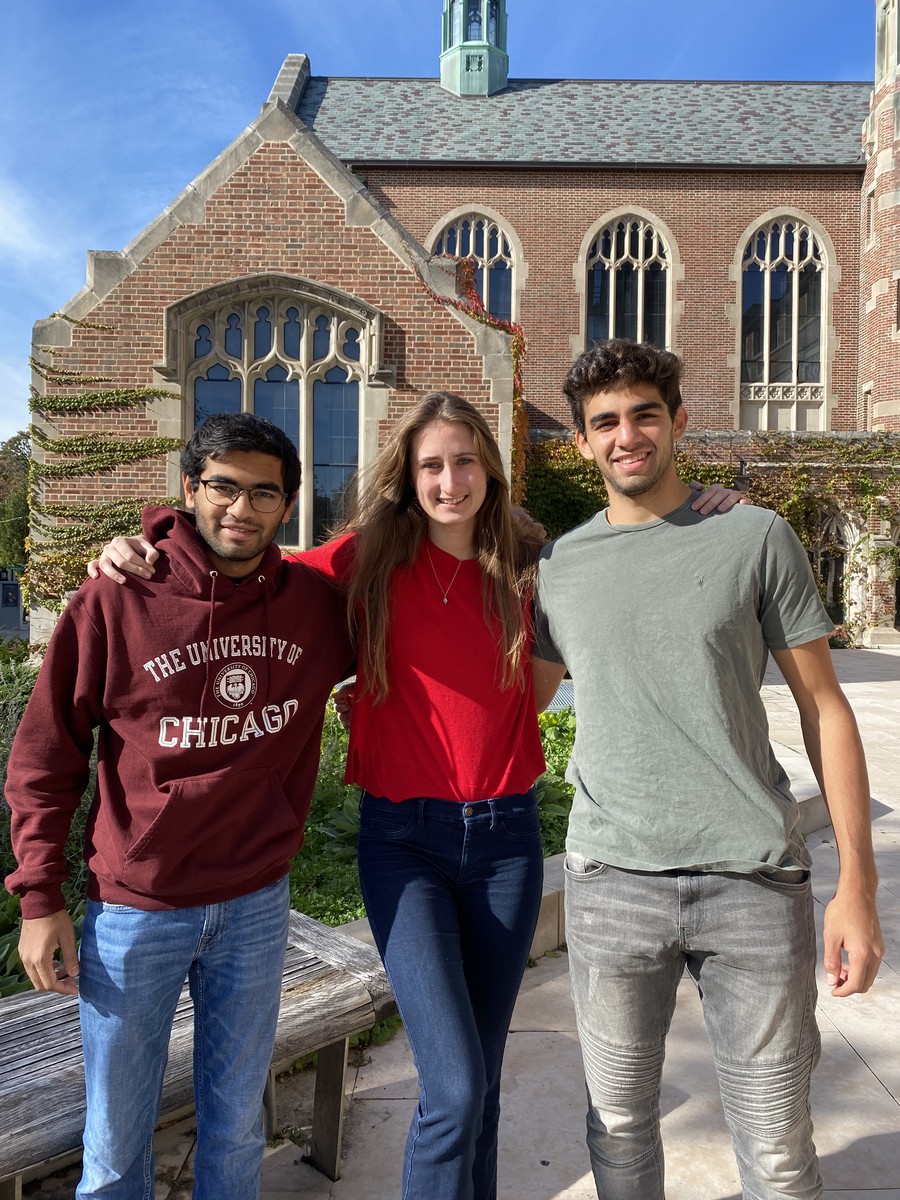 Pocketask, a new app-based startup founded by third-year students Marie-Liesse Gouilliard and Nassouh Kabbani, was launched in mid-August of this year. The app allows young people to find short-term job vacancies posted by trustworthy adults in their communities. Gouilliard said their mission is to “create a teen-friendly platform to help you make big bucks in a safe and efficient market.”

As of October 14, Pocketask had a total of 220 active users spread across Hyde Park, Woodlawn, Kenwood, Grand Boulevard and Bronzeville. He accumulated these users mainly through word of mouth and several posters hung in the Hyde Park area. According to Gouilliard, a lead investor is set to take over the financial backing of the company over the next three months as it continues to grow. In the near future, the company hopes to expand to the greater Chicago area and possibly out of state.

Gouilliard created the Pocketask prototype during her gap year before coming to UChicago, but it wasn’t until the second quarter of her first year that she started turning her idea into a business. Gouilliard remembers coming up with an idea for a different company to his sister, to which his sister replied, â€œIt’s a horrible idea. Why not come back to your idea of â€‹â€‹helping teens earn pocket money? My friends and I are broke! Gouilliard then sent a survey to her sister’s friends to gauge the demand for such a service, and following overwhelmingly positive responses, she set to work to build Pocketask.

In its current form, the app allows â€œcreatorsâ€ aged 23 or over to post one-off job offers, such as dog walking and babysitting, as â€œtaskersâ€ aged 14 to 23 can assume. All users over the age of 18 must first go through an Identity Verification process, performed externally by veriff.com, and a Sex Offender Registry Verification, performed externally by familywatchdog.us. Users over the age of 18 can also opt for a criminal background check, the completion of which will be indicated on their profile if a negative result is returned. Taskers under the age of 18 must obtain consent from a parent or guardian before they can use the app, and each time they accept a job through the app, their parent or guardian will be notified via text message. or by e-mail. Once a job is successfully completed, the money is transferred between individuals through the app and a 10 percent commission goes to Pocketask.

With funding from the Jeff Metcalf Internship Program, Pocketask is able to employ an intern. It also receives funding from Learning To Fly Ventures, a student-run venture capital group at UChicago, and additional financial support from families and friends of current employees. He is also part of the Edge Entrepreneurship Incubator Program, which provides him with mentorship from Professor John McKinney of Chicago Booth.

As many high schools across the country require students to devote some time to volunteering, Pocketask plans to incorporate a feature into its app that would allow local organizations to post volunteer opportunities for students. Schools in partnership with Pocketask would then be able to track the number of hours each student spent volunteering. Gouilliard explained that Pocketask members are currently negotiating a partnership with North Shore Country Day School to deploy and test this feature.