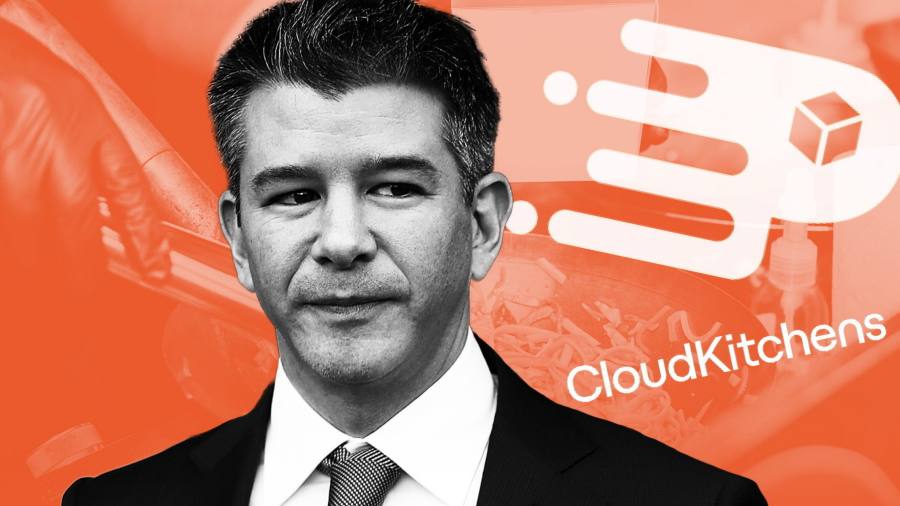 Travis Kalanick has quietly built a major food and convenience business across Latin America as the Uber founder seeks to capitalize on the region’s fast-growing e-commerce market.

The billionaire has rapidly grown his US-based start-up CloudKitchens by buying and building local ‘black kitchens’ in Latin America over the past three years as part of a bid to create a global network of centers food delivery company, leveraging his experience building Uber Eats during his tenure as general manager.

Alongside the black kitchen business, which buys property to use as a space to set up delivery or pick up takeout, he launched Pik N’ Pak. This company stocks convenience products, such as pet food and medicine, in nearly 50 CloudKitchens locations across 11 cities in Brazil, Mexico, and Colombia. Similar to kitchen operations, Pik N’ Pak products are sent to customers by local delivery app companies.

According to three former CloudKitchens employees, who spoke on condition of anonymity due to strict nondisclosure agreements.

“When you have a CEO as hard-hitting and controversial as Travis, he doesn’t want to associate the brand with him,” said a former executive who worked on CloudKitchens’ business in Latin America.

It comes as Kalanick has rapidly grown CloudKitchens globally since taking over the company in 2018 after being ousted from Uber following a myriad of scandals in 2017. CloudKitchens was valued at $15 billion. dollars in November, following an $850 million funding round.

CloudKitchens has more than 4,000 employees worldwide, according to two people familiar with the company.

The secret culture reflects Kalanick’s approach to business after his acrimonious departure from Uber. Employees are prohibited from mentioning that they work at the company on LinkedIn, instead the “stealth startup” listing is where they work – a term generally reserved for companies that have not yet been launched.

“It’s related to how it’s been attacked in the past,” said a former senior CloudKitchens executive. “Uber’s situation was not pleasant with him. He wanted to grow [CloudKitchens in Latin America]he didn’t want to attract too much attention, he wanted to dominate the industry.

But people close to the entrepreneur said his approach risked hampering the company’s growth and bore the hallmarks of his time at Uber. Notorious Uber principles such as “Always Be Hustlin'” have been codified at CloudKitchens.

Former employees said divisions of the company were kept in the dark about related parts of the business, contributing to extremely high tenant turnover at its facilities.

“For me to grow, I need to understand how operations grow or how finance grows,” one person said. “But it was very compartmentalized.”

CloudKitchens employs about 500 people in Latin America, running about 70 locations, containing 1,800 individual kitchens, in eight countries, according to two senior former employees with first-hand knowledge of the company’s operations.

Pik N’ Pak uses excess space in company kitchen facilities – such as in the basement or along hallways – to store convenience items such as over-the-counter medications, pet food, companionship and sex toys. In promotional material, Pik N’ Pak says it offers retailers access to “millions of customers”.

Retail brands can rent shelves and list their products on Latin American food delivery apps like Rappi or Cornershop, which handle customer payment and delivery.

CloudKitchens’ growth in the region has been boosted by at least two acquisitions. In 2020, the group bought Mexican cooking group Nano for $20 million, according to data from PitchBook.

In Brazil, CloudKitchens operates as Kitchen Central and is a market leader, according to Renato Avó, grocery director at consultancy 360 Varejo. Spending on food delivery in the country rose by almost a quarter last year to reach 40.5 billion reais ($7.8 billion), according to a study by GS&NPD and the Brazilian Institute of Restoration.

“Dark kitchen operations are expected to be around 15% of that total,” Avó said.

But the growth of dark kitchens across Latin America has sparked controversy in some cities. The proliferation in São Paulo, the largest city in the Americas, has drawn objections from residents living nearby, with banners against new facilities appearing in affluent neighborhoods.

City hall has proposed local regulations for dark kitchens and earlier this year temporarily banned the issuance of new licenses.

People have complained about the noise, smells, smoke and motorbike riders – colloquially known as motoboys — wait outside to pick up orders. A disgruntled resident said his son was nicknamed “bacon” and bullied at school because of the smell on his clothes, according to Cris Monteiro, a councilwoman.

She said the company had been in touch before the controversy erupted, but questioned its willingness to reach a compromise.

“I understand the position of the entrepreneur. They say they are legally established. To me, this response does not show a willingness to cooperate,” she added. “I don’t see them wanting to solve the problem with the community.”

A former senior CloudKitchens employee in Latin America said the company has become more sensitive to local business practices. But others close to Kalanick have warned that old habits could continue.

“The one thing Travis learned from his time at Uber was not to trust the press and not to trust venture capitalists,” a former senior company executive said.